For the most recent COVID-19 guidelines for this event, click HERE.

Tournament schedules and map will be posted online by Friday, July 23 at 4:00 pm.

All Iowans are eligible to participate!

Athletes will receive a colored T-shirt for their entry fee. Pre-registered athletes may upgrade their cotton shirt for a dri-fit for an additional $12 through June 23.

T-shirt pick up will be located indoors at the Scheman Building at the Iowa State Center (MAP). To enter, use the north doors and enter at ground level. Hours are:

Due to COVID, Iowa Games is trying to limit the number of people in the building. Please send one representative from your team to pick up your team’s shirts.

7 versus 7. Games played to 9 points during round robin play, but may be played up to 13 in the playoffs. At the time-cap teams will complete the point they are on; if there is a tie, one more point will be played.

There will be two divisions this year, a competitive and recreational division.

Teams must rank themselves from 1 to 10 with 1 being noncompetitive and 10 being most competitive on the entry form.  Please use the following as guidelines when considering your team’s self-ranking.

5-7: Most of the team’s (>50%) highest level of play is summer leagues intramural teams, and/or high school teams

1-2: Most of the team (>50%) has never played any organized Ultimate before

Generally speaking, teams that ranking themselves 1-5 should be in the Recreational Division, and teams ranking themselves 6-10 are in the Competitive Division.  Please be honest with your self-rankings (in both directions) so everyone (both your teams and your opponents) can have an enjoyable day.

Registered teams are to supply their own disc (Discraft 175 gram disc required). No metal cleats allowed but athletes may wear plastic cleats.

All athletes must be 15 years of age or older on the day of the competition.

Gold, silver and bronze medals will be awarded.

Minimum number of registrants on roster: 7

Maximum number of registrants on roster: 20 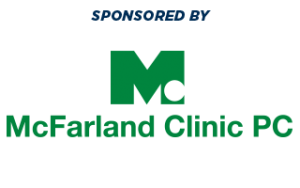